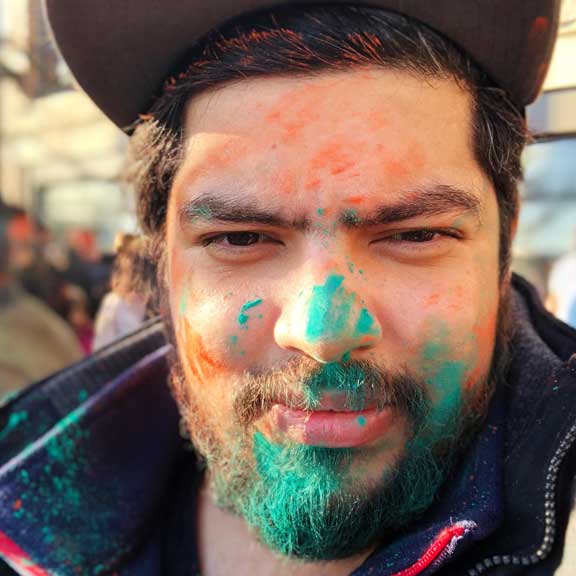 Soham was born in Calcutta, raised in Bombay, India. Growing up, he was a professional Voice Over artist, lending his voice for Indian versions of series and films such as Harry Potter, Stuart Little, Sixth Sense, Charlie & the Chocolate Factory, Boy Meets World, Night-Rider, Star Wars, Pokémon, and some questionable Japanese Anime.

He is an alumnus of Miami Ad School, where he was declared as the most awarded advertising student in the world and global Top Dog with over 120 national and international student awards to his name.

Soham has worked in India, Miami, NYC, and currently is a Global Associate Creative Director/Writer at WhatsApp – Creative X at Facebook. He has also worked with Donate Life America, where his organ donation campaign Your Name Saves was commended by the Obama administration and for Human Rights Foundation as a Creative Director for the project Flash Drives for Freedom, which aims to end Kim Jong Un’s regime by smuggling flash-drives inside North Korea, filled with relevant content.

Soham has won plenty of awards at The One Show, ADC, Clios, Cannes Lions, Cannes Lions Health, D&AD, D&AD Impact, ADC Young Guns, ANDY, LIA, Facebook Global Awards, Epica, etc. His work has been featured in top publications across the world and was even a part of the Tate Curated Exhibition at the London Design Museum.

Soham has served as a juror at The One Show, ADC, The Clio Awards, One Club Young Ones, 3% Next Creative Leaders, Cannes Young Lions, AdStars (South Korea), The Webbys, Creativity Awards, and New York Festivals. He is also a professor at Miami Ad School San Francisco & NYC and was a guest faculty/speaker at Miami Ad School (Mumbai, Miami, Dominican Republic), Portfolio Center, Atlanta, Chicago Portfolio School, where he mentors students to become future award-winning creatives.

Soham has been named as one of the 30 under 30 most creative people in advertising by Business Insider. Twice! He was recently recognized as an Adcolor Creative honoree.